Sorry. Either your browser does not suppot Javascript or it is disabled. 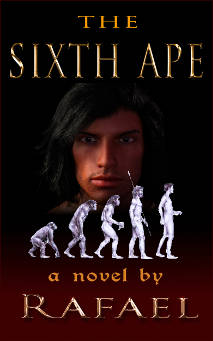 Preeminent biologist, Philippe Krause, only wants to share his discovery with the world, but the world has forced him to become a killer. The day he looked up from a microscope knowing DNA had revealed the secret to genetic immortality, he began plans for announcing the discovery and his desire for all humanity to have it at no cost. No future generation would ever know old age or disease.

His naivete lasts ten minutes. The moment he makes such an announcement a veil of secrecy will descend so black light cannot escape. The government that controls mankind’s DNA, controls the world. They will move mountains to possess the technology.

But Philippe will not be denied his dream and so begins thirty years of preparation. He will de-fang the world’s major powers from moving against him by destroying their clandestine strike forces. The stage is set. For the first time in history, the most powerful humans ever to exist are about to appear: four genetically altered assassins.

As part of an advance marketing campaign, I would like to offer those who either will or have purchased any one of my novels the opportunity to obtain the eFile version of 'The Sixth Ape' at no charge.

Simply email me a picture of your eReader displaying the Copyright page of either 'They Cried Wolf', 'United States of Africa' or 'The Huntsman', showing the ISBN and ASIN numbers. In return, I will send you an attached copy of 'The Sixth Ape'. If you buy or have bought all three I will include the eFile version of 'Seraphim'. Also at no charge.

Along with a stunned nation, Diego Constance gapes at the newscast. A frantic evacuation escalates as a virulent contagion dissolves Midwesterners by the tens of thousands. It confirms the staggering betrayal he’s uncovered. His boss, the President of the United States, is responsible. Masked by an engineered calamity, the President has maneuvered a panicked congress into granting him dictatorial powers. A psychopath has slipped past the American electorate.

Despite legal constraints, Diego remains the Commander in Chief’s weapon of choice against national security threats. Killing however makes for a lonely life and Diego longs for an end to his solitary existence. But first his scarred soul must once more descend into a violent darkness.

A despot grips freedom’s throat. With each passing hour the stranglehold tightens. Whatever the cost, tyranny cannot stand. Diego steels himself. The bloodlust swells. He will confront the most powerful, the most guarded man on earth. Diego’s cunning, hardened by a brutal lifetime, guarantees nothing.

What no one knows, not even the President…the Executive Assassin is a werewolf.

Lauren Danielle Carson’s hours old Presidency has just crashed and burned. A classified report details what many have long conjectured. During her first term, a unified Africa will surpass the United States as the world’s preeminent superpower. Her legacy will be the President on whose watch America joined history’s also-rans.

Desperate to reverse a decades-long decline, committees, panels, experts, meetings, storm sessions fill her days and nights. Every effort to forestall the inevitable reaches a dead end. Slowly, inexorably, options diminish. When one remains, she faces the horrific, the unthinkable.

Fate has intertwined two mirrored lives. She is white. He is black. She leads a nation. He conquered a continent. Her story is the present, his lies in the past. He begins as a brutal warlord and ends up beloved and cheered. She begins beloved and cheered and ends up a despised outcast. She will destroy his achievements and in the act, destroy herself.

Millennia ago, Sorkens desperate to escape the Milky Way’s savagery, settled into our nondescript, out-of-the-way star group. Unaware of Earth, a shockwave spreads across their planet when humanity ignites its first wormhole. Led by a brutal crime lord, vicious warfare erupts among factions determined to control mankind’s gateway to the stars. All are oblivious to what an electro-magnetic beacon blaring across the galaxy implies.

Panicked, the Sorken Council meets to re-authorize a long-forbidden technology. Through their own wormhole, they send a Warrior Priestess. Before galactic wolves track the scent, she must destroy the device and everyone possessed of its knowledge.

Fate however, has its own designs. The Huntsman too seeks the device.

No one associates the Vatican with assassins. That their allies dwell in Western China's remote Kunlun Mountains makes it an easier secret to keep. Still, the tiny village of Yíncándí is not immune to the vagaries of fate. Little does a lost mountaineer imagine what will become of the infant he leaves with the villagers. Nor can Trajan, an orphan of Christian missionaries, imagine the true nature of the Buddhist monks raising him. Until the moment arrives when he must choose between Buddha and Christ.

Seraphim, Mujahedeen-like madmen of the Catholic world, have reignited their centuries-old war against the Church. Continuing slaughter has placed Middle East Christians on extinction's edge and the Seraphim blame the Pope's cowardice. Their Cardinals marked for assassination and trapped by their own secrecy, the Vatican must place their hope Trajan will stand between them and a religious war foreshadowing the apocalypse.

But things will become far more complicated than anyone can imagine. As the battle lines harden between Muslim and Jew, Buddhist and Christian, a woman appears astounding the world with miraculous abilities and declaring herself the successor to the prophets and the Servant of the One Lord.

This is a story that continues the tale of Little Red Riding Hood as told through the eyes of Little Red's daughter, Crimson Ryder. She struggles to understand why a wolf plagues her family such that beginning with the great-grandmother, her grandmother and mother have succumbed to the same horror. The adventure begins for answers to save herself but more importantly, her future daughter. This is not a children's fable.

On large screens, clicking any image will display a larger version. Click again to close it. The left and right arrows will cycle through the pictures carousel style. Clicking the book icon will open the full, scrollable novelette (13 chapters plus a prologue) with imagery. For greater reading convenience, clicking the arrow icon will permit downloading the entire PDF (1.5mb) novelette in zip format to the download folder your browser is configured for. And, oh yeah. At no charge.

Simone Stanton never imagined capping a brilliant career with promotion to admiral would bring such heartache and grief. Solona Stanton, rejecting her family's military traditions, disappears into a hellish pit of anguish and despair. One wants to end the pain. The other sinks deeper into its agony.

But something has entered the Milky Way's outer boundaries and Earth rallies its defenses. It forms an Expeditionary Force to investigate and needs a Stanton to lead it. Mother and daughter must conquer the demons plaguing their psyches if they are to have any hope of conquering the demons awaiting them.

On large screens, clicking any image will display a larger version. Click again to close it. The left and right arrows will cycle through the pictures carousel style. Clicking the book icon will open the full, scrollable novelette (15 chapters plus a prologue and epilogue) with imagery. For greater reading convenience, clicking the arrow icon will permit downloading the entire PDF (2.26mb) novelette in zip format to the download folder your browser is configured for. And, as before, at no charge.


A cold gust blew the rose off her tombstone. Blew them off the other two, the smaller ones. Laying in the snow, they seemed redder. Like blood. My hand came out its glove to wipe my nose. Cold made it run. The kind of cold that blasted down from the mountain. Three days ago it had run and hadn't reminded me of anything. Hadn't warned me either. Not out among the pines chopping kindling.

My axe chunked into that wood. Chunk, chunk. The sound echoed off the trees broken only by snorts the cold forced my nose to make. I paused and turned, stopped and stared. My hand tightened, felt the wood's grain along the haft. Four paw marks marred the snow. A wolf's. The tracks shone in the cold sun. Huge, still. Cold as the air. I followed them. Why will haunt my eternity. I will stand before the Lord, head bowed. Hear His damnation. I followed them, unaware of now's end.

The track became a puzzle I refused to understand. It dared me to. Four paw marks became two. Ice stabbed my heart and froze my soul. They had turned. Back toward the cabin. I ran and plowed, plowed and ran. Screamed and warned. Only the door, banged by the wind against the wood house, answered.

A laugh, cold, distant, mocked me. I stood, framed by the doorway. Inside, eternity had arrived. Blood, scattered like rose petals, had already frozen. Pieces. Broken, strewn. Nothing moved.


I never had trouble finding her. She always left a trail. Inside the door, shoes left where she had kicked them off. Ear rings, necklaces on the table by the sofa. The recliner didn't escape. Dropped scarves, hurled sweaters, thrown tops. Often I'd pick them off the floor where she just let them fall. She'd greet me at the trail's end, arms outstretched, her expression a mix of impatience and relief, annoyance and joy. It spoke without a word. "What took you so long?"

Light adored her face. Made it glow and gleam. Emerald eyes that penetrated through me, sparkled and danced. When she laughed, angels smiled. Sometimes dainty crumbs led to the bedroom. Skirt, nylons, panties, bra. I never thought of her as my mate or my partner. She was my wizard. Oh, how her caress enchanted me. A look could bewitch me. We never made love. We made magic. Her body melted against mine. Her limbs and hands became unbreakable bonds. Her tongue pierced my soul. Heat that ignited flames never burned or charred. Around me the room, the world, the universe... vanished.

I can still feel her two arms entwined around mine. They tightened when the doctor entered, x-rays in hand.

I come home now. The key hesitates, slow to turn. I'd give my life to see her shoes, her jewelry, her clothes. Anything to pick up. One more time.