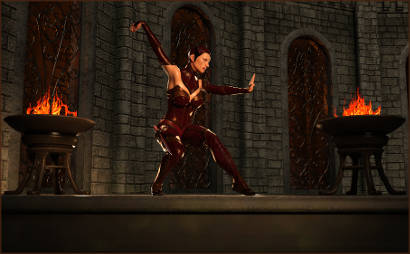 Murphy demonstrates the legendary cat stance so named because of the way a cat steps forward with its leading leg.

She spent her days in tedious boredom, impatient for the nights that brought him to her.

Lucifer had contemplated long and hard. The Creator permitted evil. Stood by and did nothing to stop it. Of a moment, the Archfiend made up his mind and ambushed the top Archangels: hung one, crippled two, ate their souls, then turned them into metal.

The Deceiver unleashed the hordes and horrors of the Pit against an unsuspecting world. Their screams and cries, moans and wails formed the greatest symphony. Ragnarok had begun.

Everyone thought metal band Araqiel's push of Satanism and demon worship harmless branding. It was no act.

Rezna hated ambuguity. Lately though she found herself paralyzed for hours, knowing she had to feed but unable to decide if man or woman.

Garret stopped cold. Did she have a fire blazing? And what on Earth was that red thing? All he wanted was a tattoo. What the hell had he gotten himself into?

Four Shleki! Oh, woman. How can I feed the fruits of my loins at such a price?

Double, double, toil and trouble; fire burn and cauldron bubble. Imbue these objects I am grasping; to enable multitasking.

Jinnie (Norwegian for genie) are far rarer than their Arabic counterparts. But every now and then a fortunate smoker in Norway encounters one when opening a fresh pack. And they grant five wishes.

He felt himself awakening. Please, he thought. Please, please let me sleep. The morgue's antiseptic smells returned, filling his nose. Bright, overhead flourescents glared off the chrome vault doors, hurting his eyes. The coroner opened one. Bent, crushed, mutilated. What lay on that cold slab could not have been human let alone his beautiful Anna. Her smile made angels blush. This thing had no mouth. He screamed and never stopped. Heard nothing. Every day agony and suffering held him fast so torment could sear his heart. He sat bolt upright in bed. Anna stood in the doorway. He squeezed his eyes. She had not a mark. As perfect and radiant as ever. "Don't be afraid, Andrew. It's time to come home."